“Success is walking from failure to failure with no loss of enthusiasm.” by Winston Churchill

LMGTFY: Sir Winston Leonard Spencer-Churchill (1874 – 1965), British politician, army officer, and writer. Prime Minister of the United Kingdom from 1940 to 1945 and again from 1951 to 1955. As Prime Minister, Churchill led Britain to victory in Europe in the Second World War. 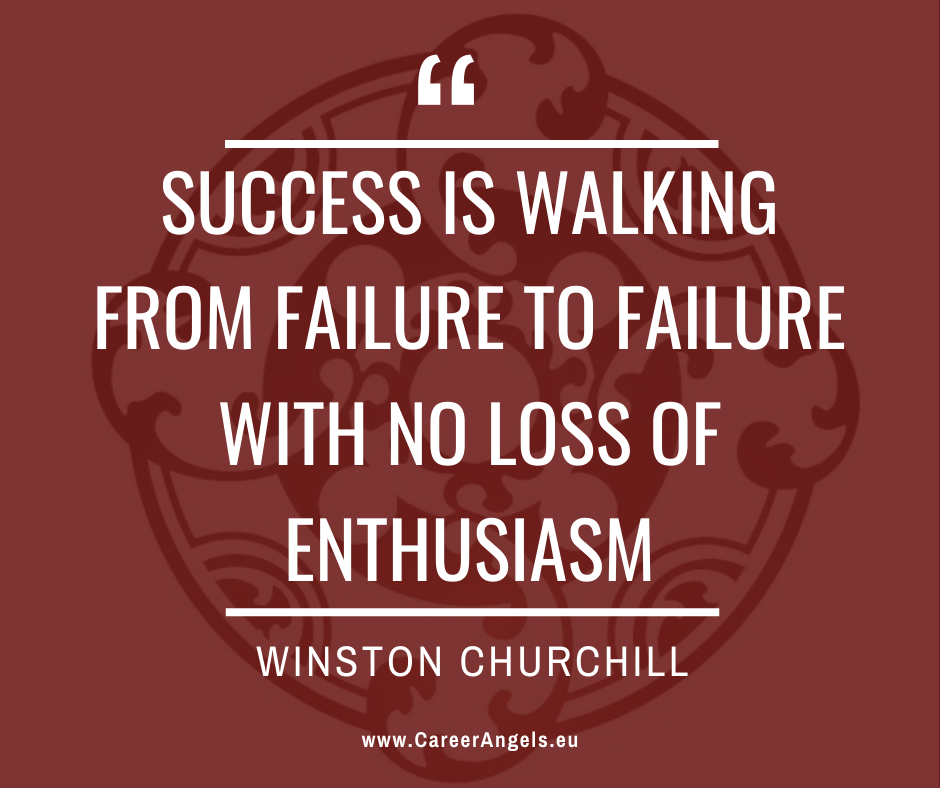