“Opportunity is missed by most people because it is dressed in overalls and looks like work.” by Thomas Edison.

LMGTFY: Thomas Alva Edison (1847 – 1931), American inventor and businessman. His inventions, (incl. phonograph and the motion picture camera) had a widespread impact on the modern industrialized world. Often credited with establishing the first industrial research laboratory, Edison founded 14 companies, including General Electric, still one of the largest publicly traded companies in the world. 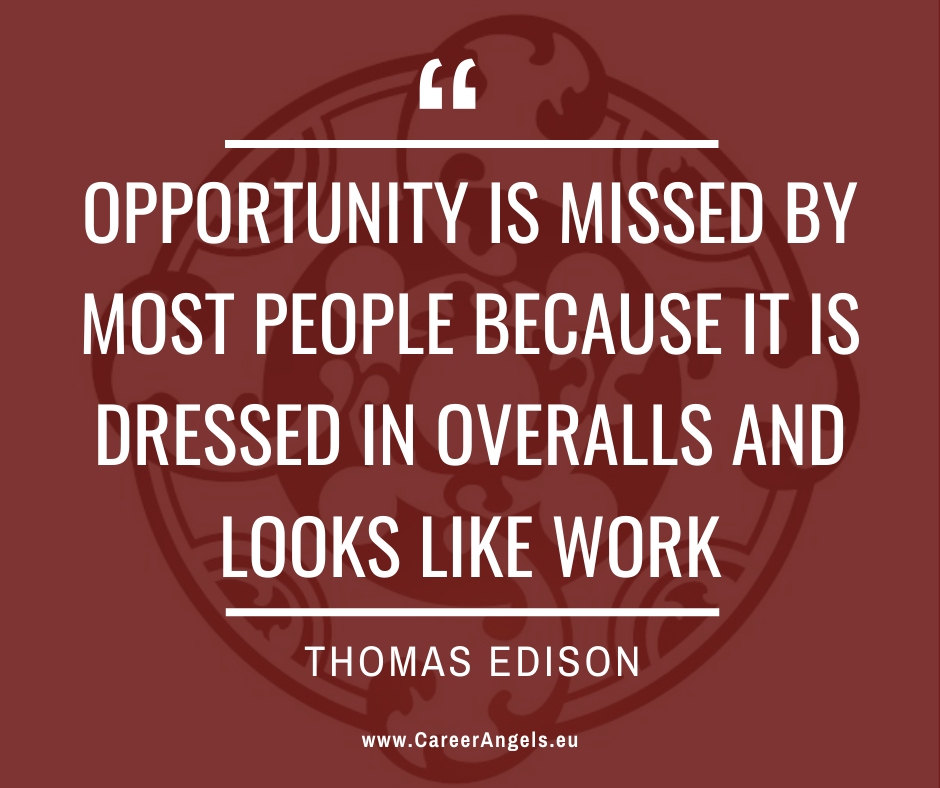