“Believe you can and you’re halfway there.” by Theodore Roosevelt

LMGTFY: Theodore Roosevelt Jr. (1858 – 1919), American politician, who served as the 26th president of the United States and 25th vice president. Roosevelt emerged as a leader of the Republican Party and became a driving force for the anti-trust policy in the early 20th century. His face is depicted on Mount Rushmore alongside Washington, Jefferson, and Lincoln. 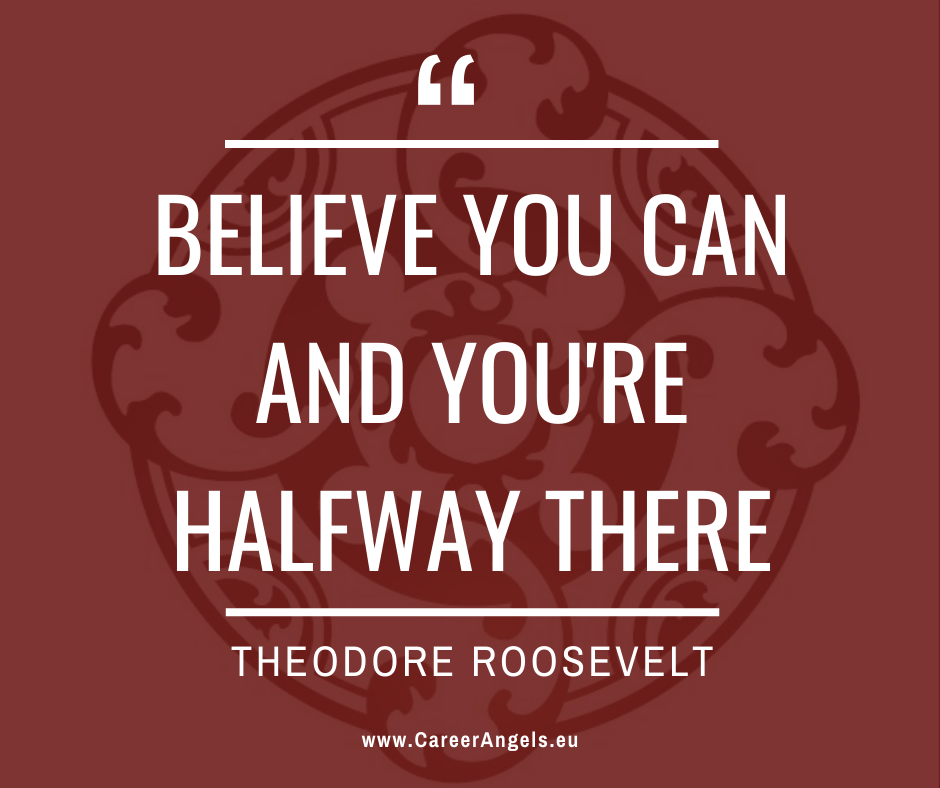