“When you lose a couple of times, it makes you realize how difficult it is to win.” by Steffi Graf. 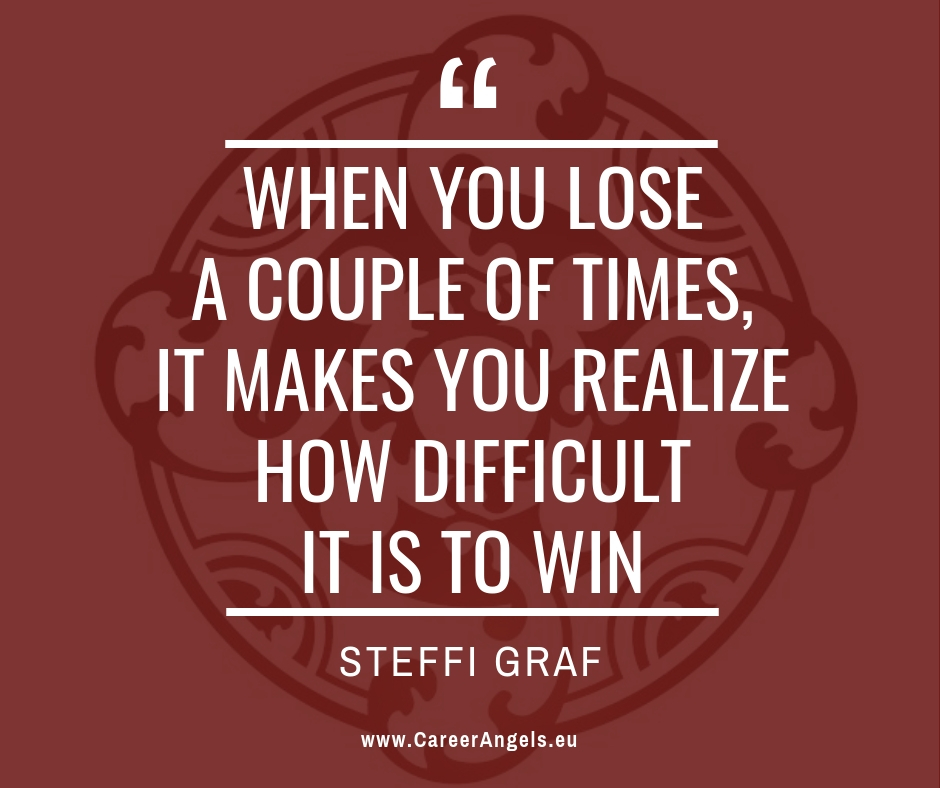