“Courage is like muscle. We strengthen it by use.” by Ruth Gordon.

LMGTFY: Ruth Gordon Jones (1896 – 1985), American actress. She began her career performing on Broadway at age of nineteen. Known for her nasal voice and distinctive personality, she gained international recognition and critical acclaim for film roles that continued into her seventies and eighties. 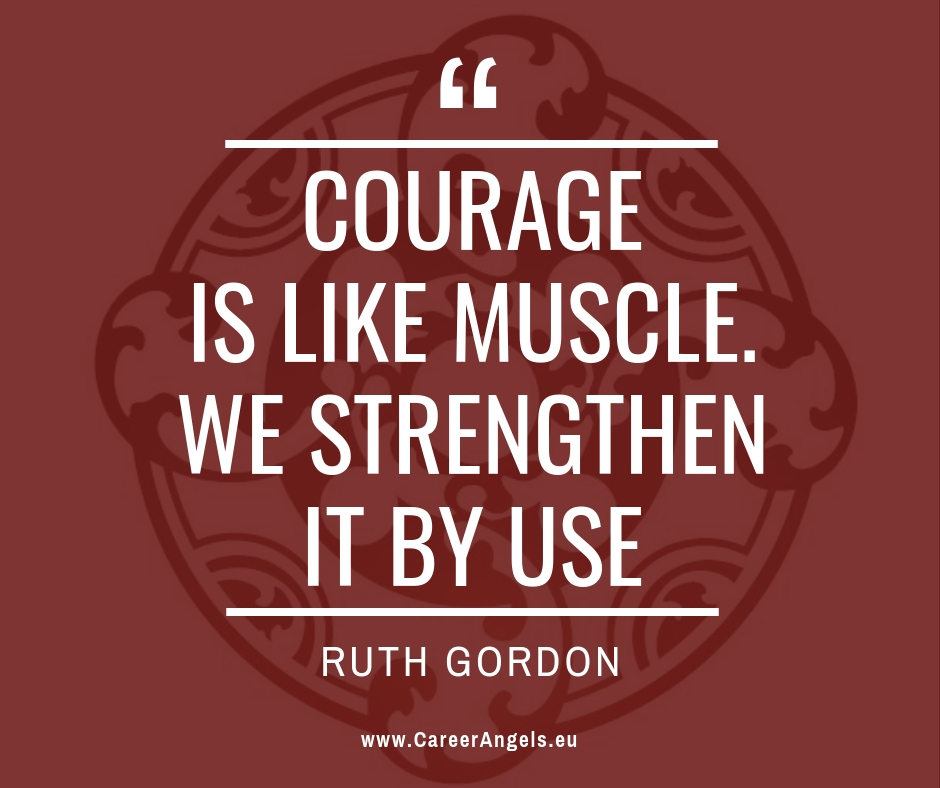