“You know you are on the road to success if you would do your job, and not be paid for it.” by Oprah Winfrey

LMGTFY: Oprah Winfrey (born 1954), American TV personality and philanthropist. Best known for her talk show “The Oprah Winfrey Show”, which was one of the highest-rated television programs of its kind in history. She became North America’s first black multi-billionaire. 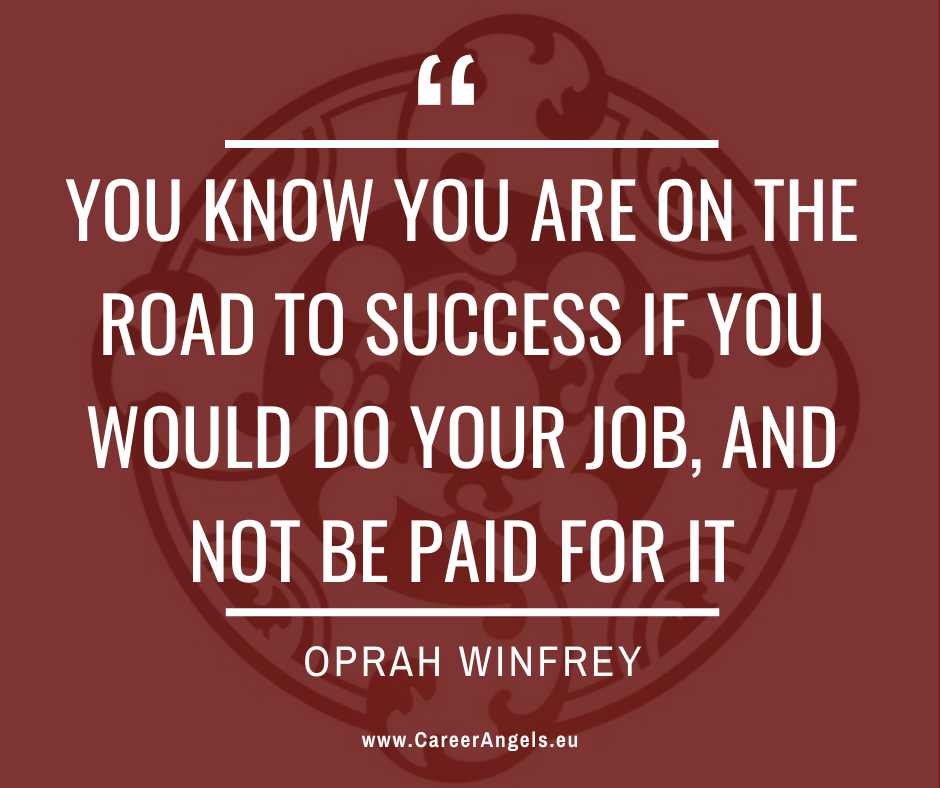