“If opportunity doesn’t knock, build a door.” by Milton Berle

LMGTFY: Milton Berle (1908 – 2002), American comedian. His career as an entertainer spanned over 80 years: first in silent films & on stage as a child actor, then in radio, movies & on TV. As the host of NBC’s Texaco Star Theater, he was the first major American television star and was known to millions of viewers as “Uncle Miltie” and “Mr. Television”. 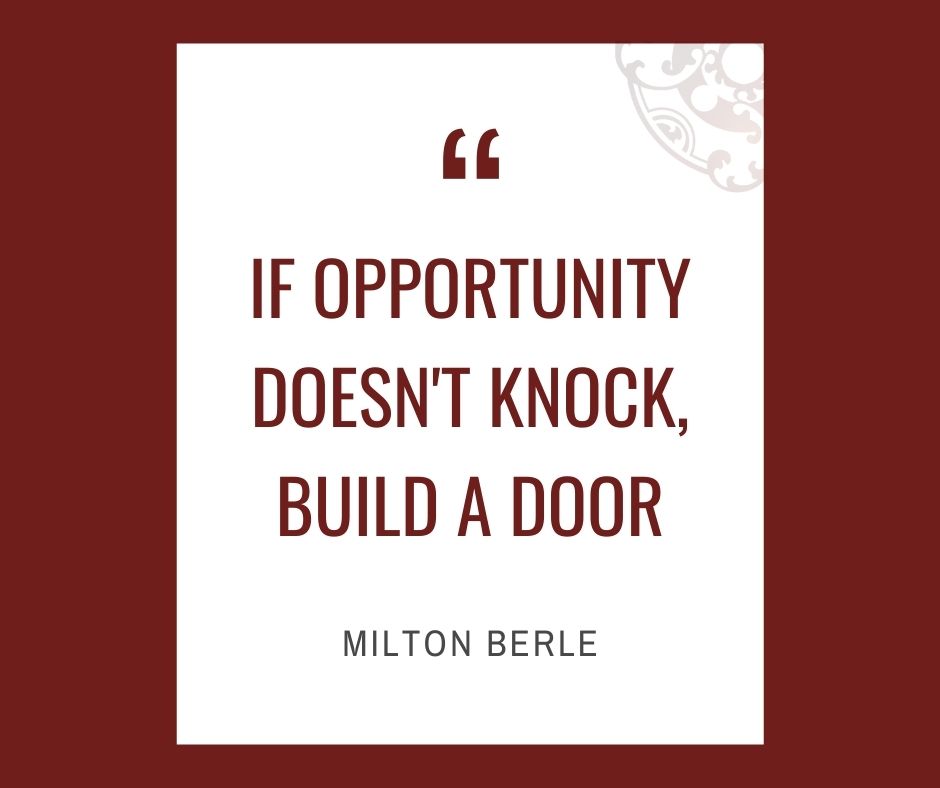