“Courage is being scared to death, but saddling up anyway.” by John Wayne 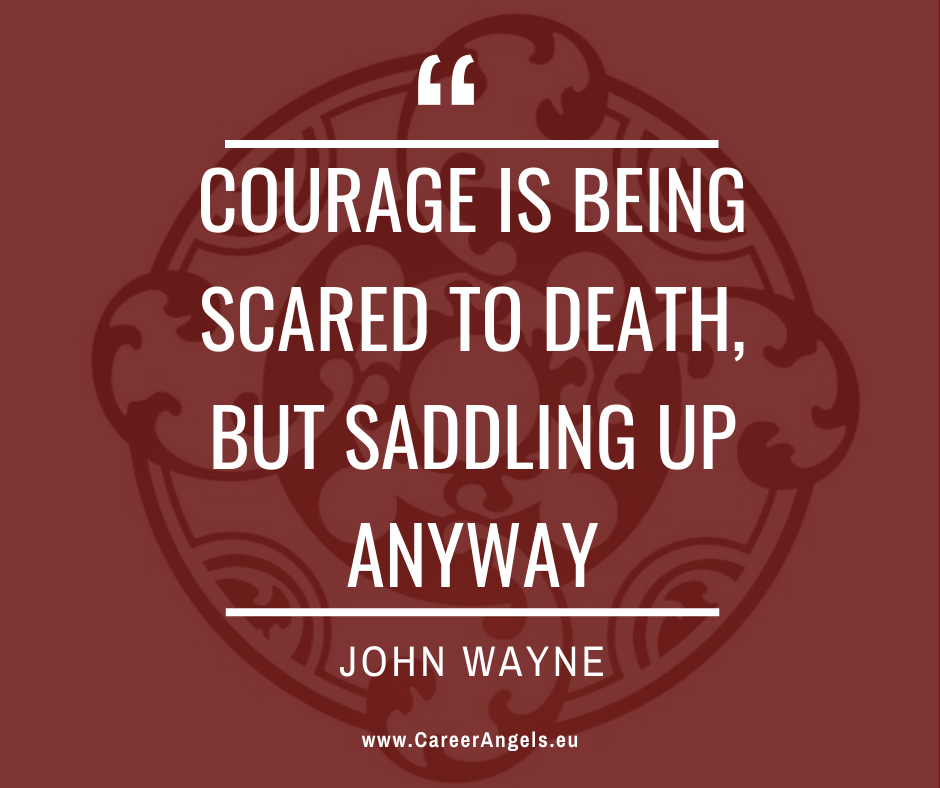