“The only thing that overcomes hard luck is hard work.” by Harry Golden.

LMGTFY: Harry Lewis Golden (1902 – 1981), American writer and newspaper publisher. From 1942 to 1968, Golden published The Carolina Israelite. Covered the 1961 trial of Adolf Eichmann in Israel for Life. His books include three collections of essays from the Israelite and a biography of his friend, poet Carl Sandburg. 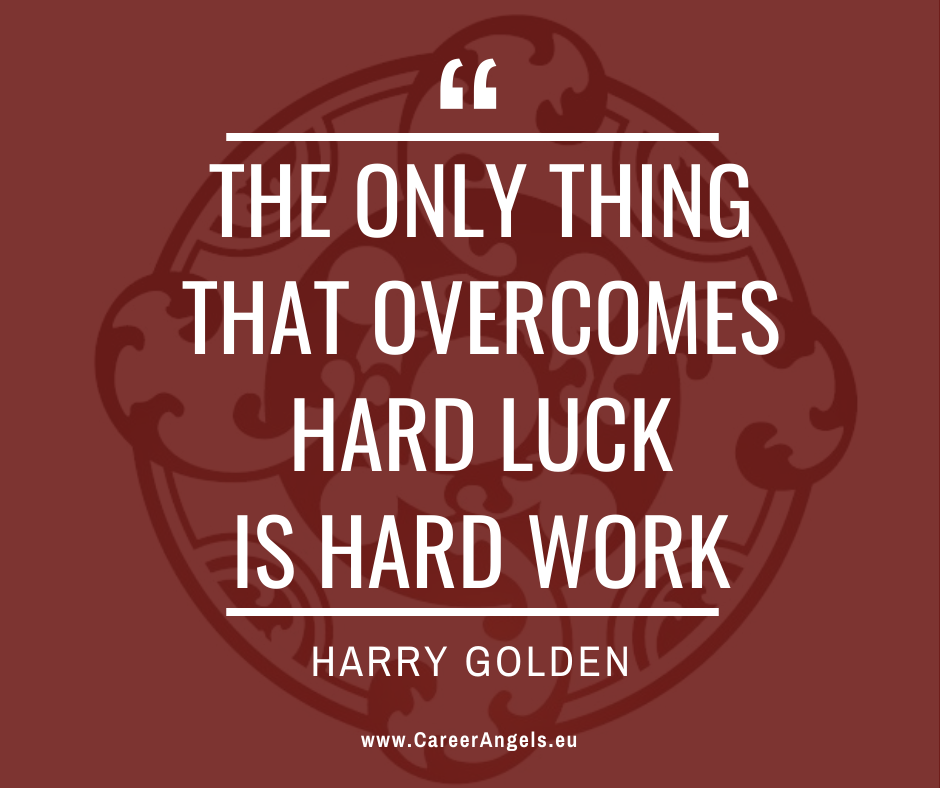