“My success is based on persistence, not luck.” by Estée Lauder

LMGTFY: Estée Lauder (July 1, 1908 – April 24, 2004), American businesswoman. She founded, together with her husband Joseph Lauder, her eponymous cosmetics company. Lauder was the only woman on Time magazine‘s 1998 list of the 20 most influential business geniuses of the 20th century. 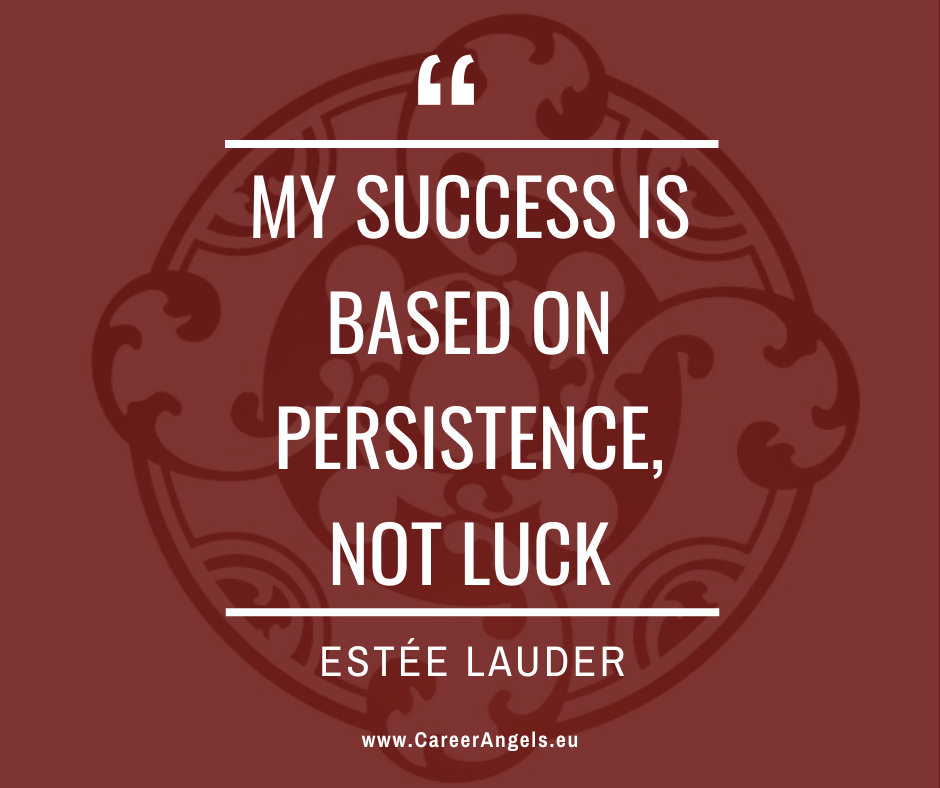