“The successful warrior is the average man, with laser-like focus.” by Bruce Lee

LMGTFY: Lee Jun-fan (1940 – 1973), commonly known as Bruce Lee, Hong Kong American actor and martial artist. Considered a pop culture icon of the 20th century. The direction and tone of his films dramatically changed and influenced martial arts films. He also studied drama and Asian and Western philosophy at the University of Washington. 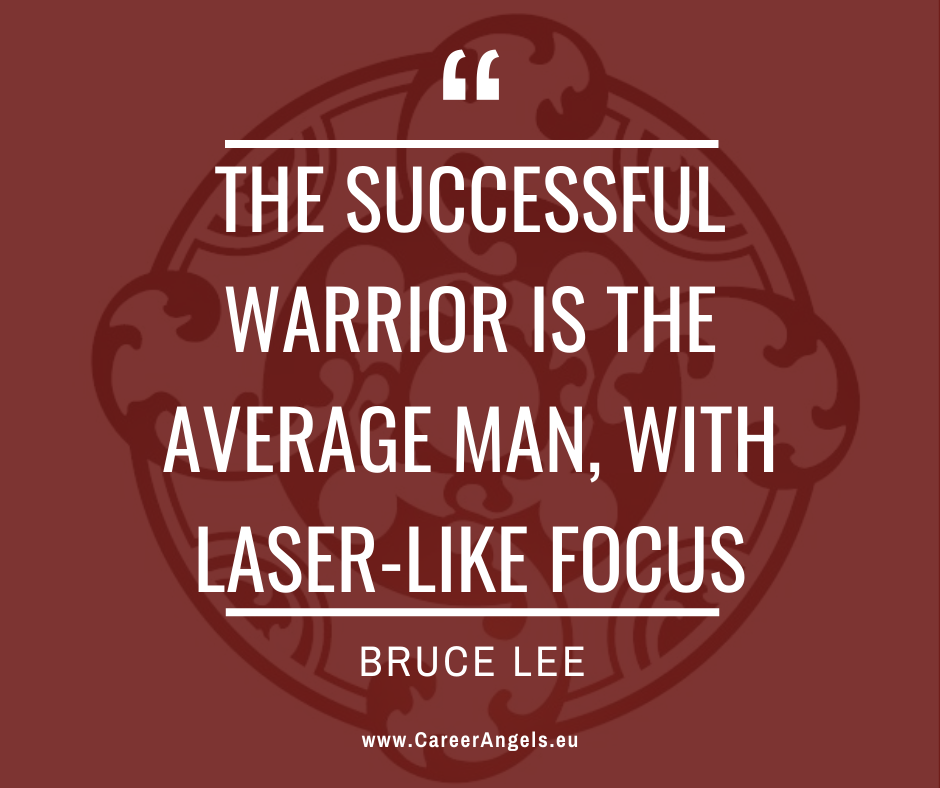