“Build something 100 people love, not something 1 million people kind of like.” by Brian Chesky

LMGTFY: Brian Chesky (born 1981), American entrepreneur and industrial designer. Co-founder and CEO of Airbnb. Named one of Time’s “100 Most Influential People of 2015″ and recognized on the Forbes list of “America’s Richest Entrepreneurs Under 40” in the same year. 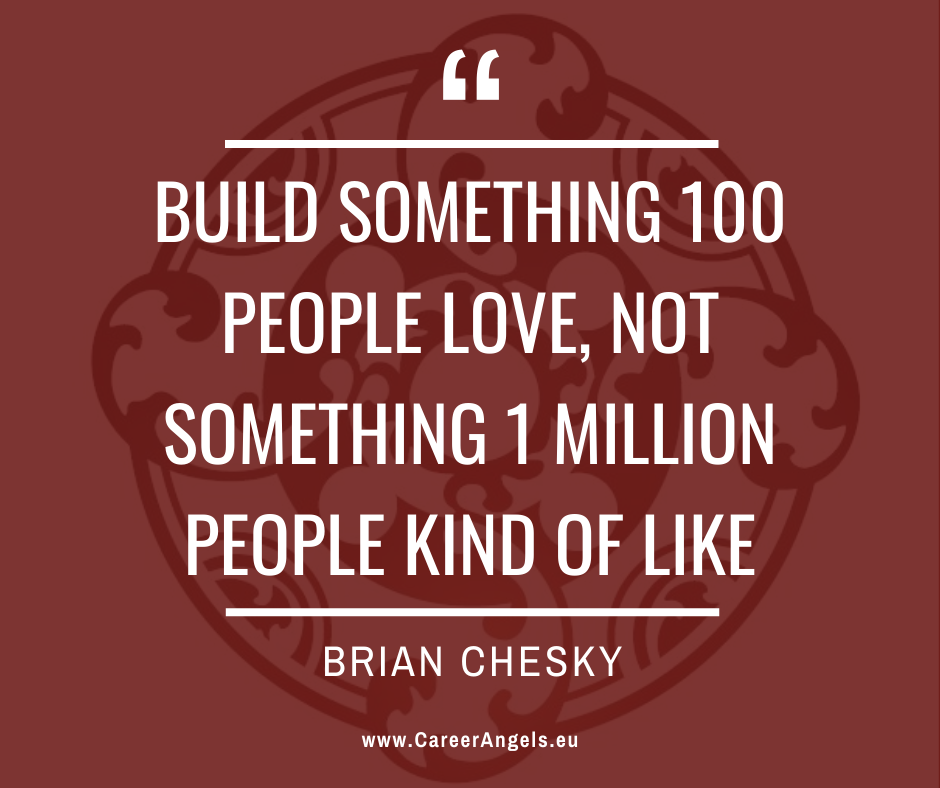