“By failing to prepare, you are preparing to fail.” by Benjamin Franklin.

LMGTFY: Benjamin Franklin (1706 – 1790), one of the Founding Fathers of the United States; author, printer, inventor and diplomat. As a scientist, Franklin was a major figure in the history of physics for his discoveries and theories regarding electricity. He invented the lightning rod, bifocals, and the Franklin stove. 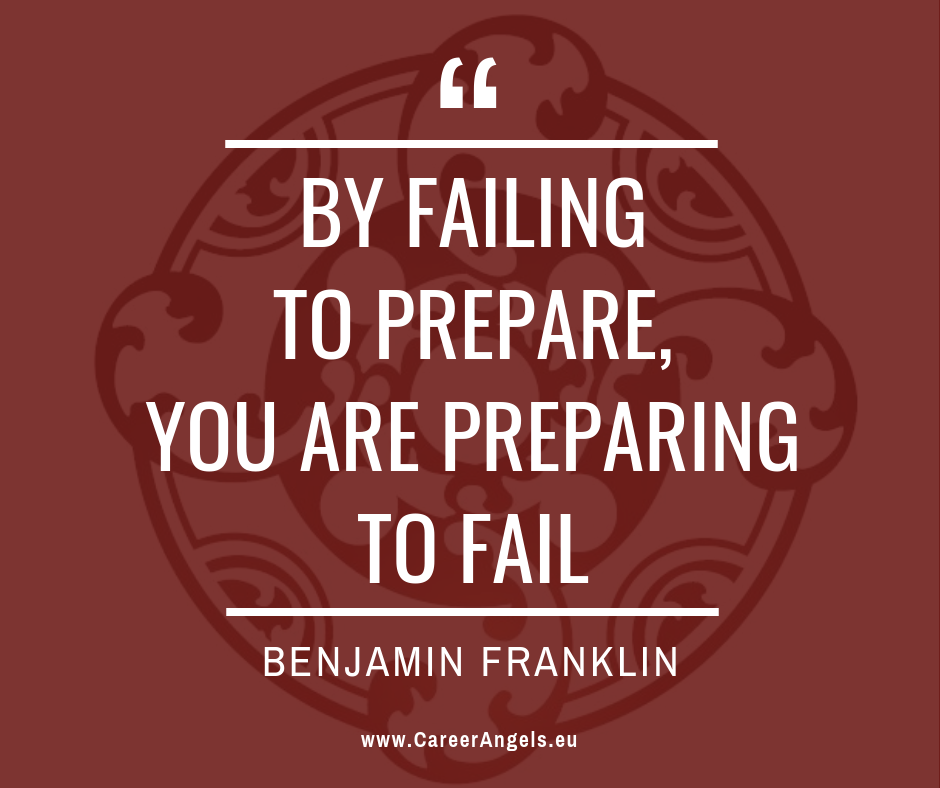