“It’s not the years in your life that count. It’s the life in your years.” by Abraham Lincoln

LMGTFY: Abraham Lincoln (1809 – 1865), American statesman and lawyer who served as the 16th president of the United States (1861–1865). Lincoln led the nation through its greatest moral, constitutional, and political crisis in the American Civil War. He preserved the Union, abolished slavery and modernized the U.S. economy. 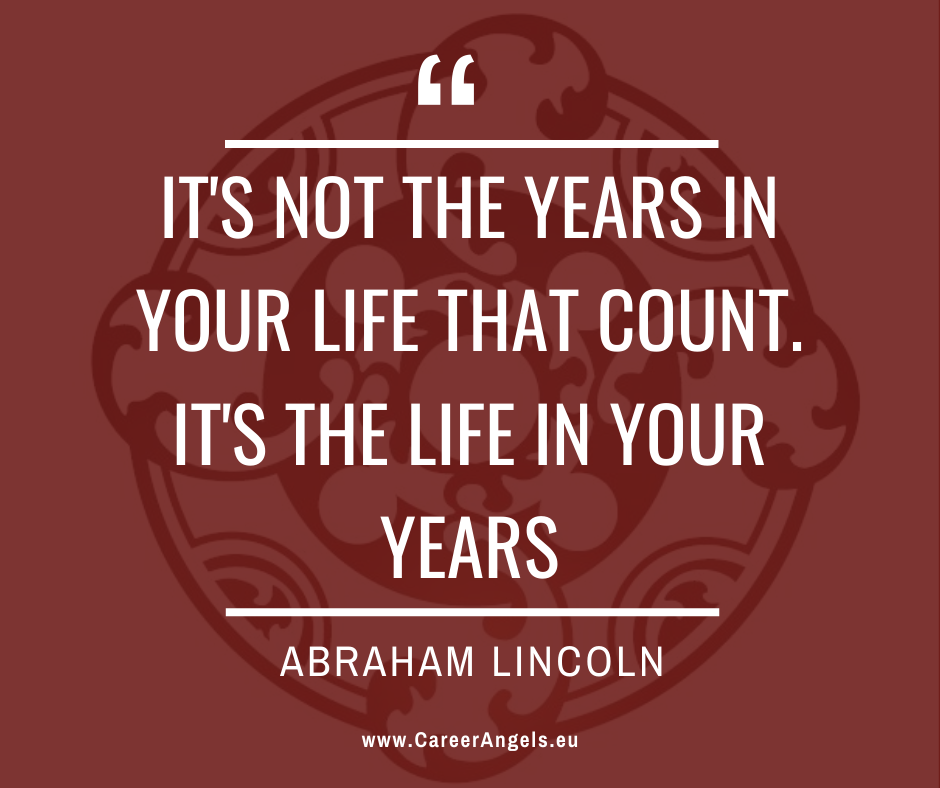