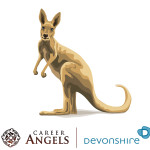 This is the second post in the cycle “What Career Personality are you?” You can read the first post here.

The category “transatory+” did not surface in the original research. We allowed ourselves to “update” / “extend” the existing model. Why? Analyzing professionals in the last 10-15 years, you will find an increasing number of those who change jobs more often than only every 3-4 years. Some change as often as once a year. They are “consistently inconsistent”. Based on our observation, this rather recent phenomenon has two underlying causes in two different age groups:

I come across so-called jumpers quite often, especially in the last years as their numbers have been increasing. I divide them into three groups:

I’ll add a bonus group: those are managers who change jobs quickly because they are offered more money somewhere else. I am always extra-cautious towards them.

Before I decide to include a jumper in the recruitment process, I analyze their CV thoroughly looking at the big picture. These factors positively influence my decision to at least call them for an initial screening:

During my call, about 90% of the candidates can give reasonable explanations for their recent frequent changes.

But to be honest, we can never be 100% sure if the placed manager will perform as expected in the new place of work. And depending on the recruitment process it can turn out that a jumper will simply be the better choice because our client will be the best possible employer and they’ll work together happily ever after.

Summarizing, I wouldn’t label a jumper right away as “candidates that shall not be contacted”. We approach them with the necessary caution to avoid unfavorable financial consequences. However, to be clear: if somebody has been a “true kangaroo” their entire career, I don’t even bother.

Not all recruiters either take the time to analyze a CV in-depth or have the necessary market knowledge to assess the changes adequately. Magdalena, what would be your advice, as a Career Angel, to experienced managers who fall into the category “bad luck” or “took-a-job-out-of-a-job-and-now-regrets-it”?

Magdalena Bednarska: As a recruiter I was always very suspicious of force-majeure events. You can try to verify it, but I wouldn’t feel comfortable asking for medical records. On top of that, is it really bad luck that e.g. somebody’s family member got sick and they decided to quit their job and take care of them… or was it their own, very personal decision to make that sacrifice? Does that mean, that next time somebody is sick, they’ll leave the job again?

Recruitment errors: based on my experience, the vast majority of recruitment errors, and I’d also include “empty promises”, lie with the organizations and not so much with the candidates. To give you an example: one of my clients received an offer, signed a contract, quit her job, and on her first day of work she hears, “We can only pay you 80% of what we’ve agreed due to budget problems. If you perform, you’ll get the 100% after three months.” That is a huge violation of trust.

My advice to her: don’t act rashly. While trying to solve that situation pro-actively, start looking for a Plan B. Don’t take the first job that presents itself. Don’t hurry. Think. Don’t act emotionally. And to prevent such situations in the future: double and triple check your potential employer before signing anything. You also have the right to “check their references”. Ask your friends and contacts. Read about them on the Internet.

Let’s discuss the following case: an experienced manager decides to leave their company after 10 or 15 years. They don’t adapt to the new corporate culture and change again after 1 year. After several months in the new company, they send their CV out – again; this time because their new company is being restructured. This type of managers have several options on how to communicate “I’m not a kangaroo! Don’t discard me!”:

To be clear: those tips don’t work for everybody. All of them can be argued in favor or against depending on the manager’s situation.

Irrespectively, always, always, always make sure to have a well-prepared list of references the headhunter or potential employer can call to verify “your story”.

Allow them to see that you do not have the DNA of a tireless kangaroo, but that you are a “loyal dog” or “royal lion” at heart who happens to have had a little bit of bad luck. More about them soon!